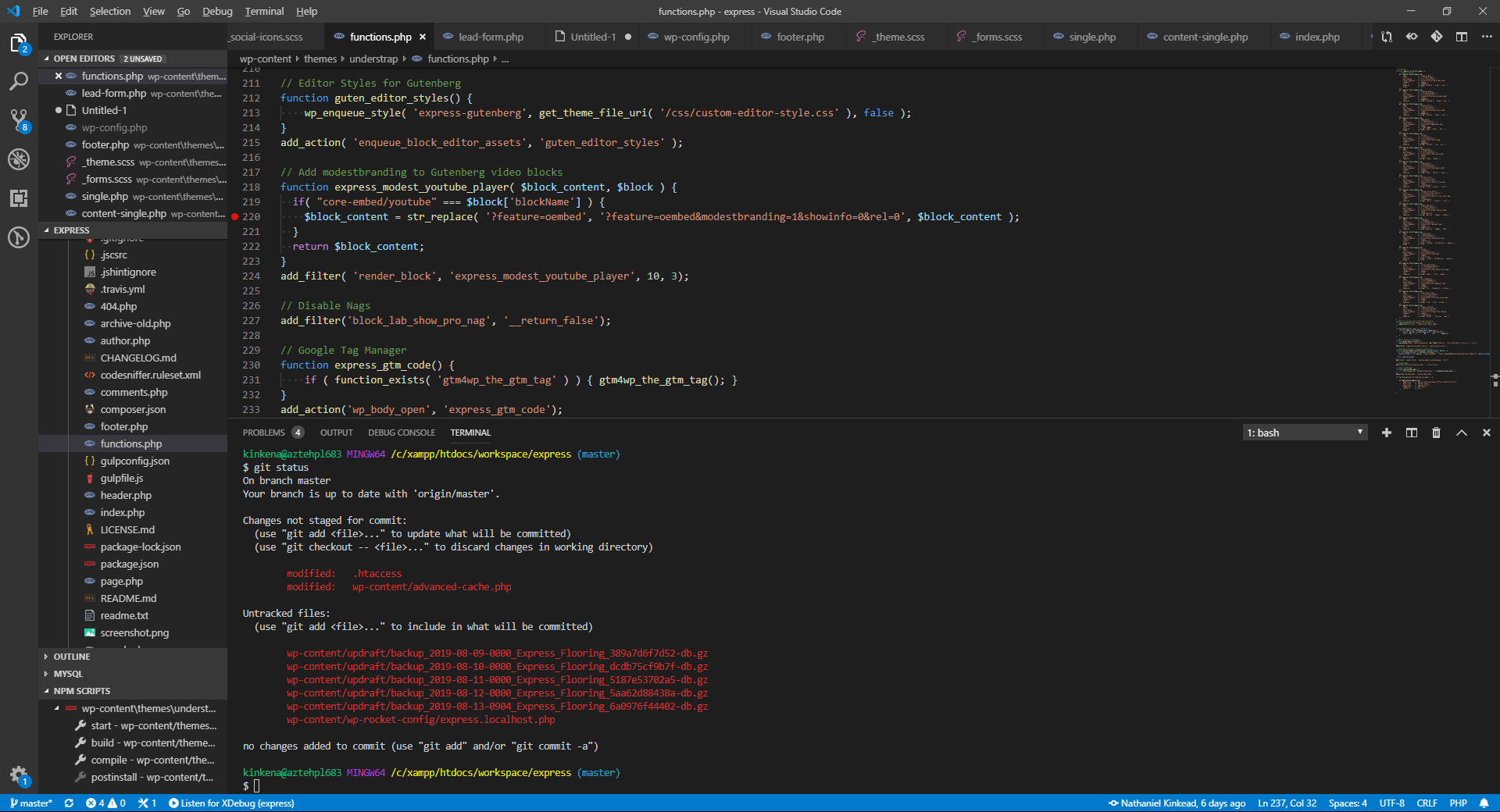 When you first started using VS Code you may have dismissed that little notification in the corner that asked if you wanted to switch your integrated terminal.

In my case, running on Windows, the default terminal was set to Command Prompt (cmd.exe) which is just plain inferior to Git Bash which you probably already have installed if you have installed Git (which you should).

How to Switch the Integrated Terminal in VS Code

Now, your integrated terminal at the bottom of VS Code will be using Git Bash, so you’ll have Unix style commands and nice colorful text.

How to Show and Hide the VS Code Integrated Terminal

Tip: You can toggle your terminal panel by pressing Ctrl + ` (that’s the tick/tilde key).

This option have been changed nowadays

How has this changed? I still have this setting. I think they added a prompt after you start using VS Code to ask you which terminal you want to use, but if people dismiss that and then realize they want to change it later, this can help.

I tried type (not found) “Terminal: Select Default Shell”
I tried to change at setting.json paths, and adding terminals, through

Here’s what I have in my settings.json for this…